It’s that time of year again; when we look back at the highs and lows and determine what we want to change in 2013.


I’ve spent a few days pondering on 2012. It’s been a tough year in many ways but each difficult circumstance has revealed more of God’s character to me. If I could go back and change things, I wouldn’t. I’ve realised that each painful step, each situation I’ve had to face has wrought changes in my heart. 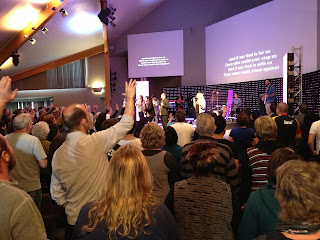 One of the passages of scripture that God gave me during this year summarises my experience perfectly: And now, isn’t it wonderful all the ways in which this distress has goaded you closer to God? You’re more alive, more concerned, more sensitive, more reverent, more human, more passionate, more responsible. Looked at from any angle, you’ve come out of this with purity of heart. 2 Corinthians 7:11, The Message.


A W Tozer is quoted as saying, “It is doubtful whether God can use a man greatly, until first He wounds him deeply." I’m not sure I would blame God for bringing the painful situations into my life – but He has undoubtedly used the wounds to bring me to a place where He can use me in a far more effective way. At times I felt lost and alone but I know that God was always there.


One of the struggles I experienced was an ongoing episode of cyber-bullying. As a result of this, I went through a period where I woke up nearly every morning between 2 and 3am and was unable to go back to sleep. If I did manage to sleep through, I suffered from terrible nightmares. After six months of this, I was seriously sleep deprived and had pretty much given up expecting a normal night. Then I went to a Christian conference up in Auckland. 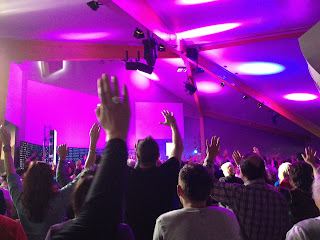 I had simply thought it would be a good experience, but didn’t know I had an appointment with God. After a workshop and teaching on the Holy Spirit, all of us were invited to go to the front for prayer and refreshing. I hung back, watched from my seat for a while, and then decided to go up. The man who prayed for me was a stranger – we had never met before and lived in different cities – and he did not ask if I had any specific needs.


He poured oil into his hands and wiped a large dollop on my forehead before massaging the rest into my hands. The aroma was warm like cinnamon and cloves and I could feel God’s presence with me. He prayed while rubbing the oil in – a general prayer – but then paused before praying more specifically. He asked that God would help me to sleep at night and that He would give me dreams. 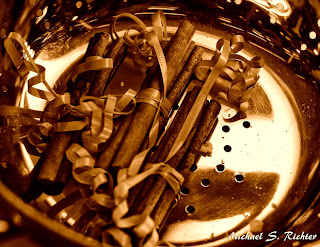 That was the 3rd October 2012 and since that day I haven’t had a problem sleeping. The nightmares have gone and I’ve actually had dreams that have been healing and restorative. It’s been a life changing experience and I’ve realised God could do the same in all my painful situations – but that He won’t. He uses difficult circumstances to refine us and shape us and He is with us each step of the way. However, the day always comes when He says enough is enough ... and then things change.


I’m looking forward to 2013 and my prayer is that God will have His perfect way in my life. I pray the same for you.