When God Steps In

On Easter Sunday, the speaker at our church asked who had seen God do a miracle in their lives that week. The response was muted with maybe four or five people responding. He then asked why we aren’t seeing God move – is it because we don’t expect Him to do anything?

The thought stuck with me and when I was in Wellington a few days later, I had the opportunity to ask God for a miracle. I was on a mystery 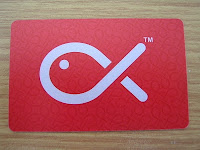 shop flight from Wellington back to Christchurch and needed to be at the airport an hour before the flight to start my observations. As I was about to leave the hotel, I realised I had misplaced my Wellington bus card and although I had enough cash for the fare, I emptied my suitcase to look for it.

Five minutes later, frustrated, annoyed and cardless, I headed onto the street to walk the 500 metres or so to the bus stop ... and as I turned the corner, I saw the airport bus driving off. My initial reaction was not good. Thoughts of idiot, why did you waste time looking for your card and you’re going to be very late, rushed through my head. Then I thought of the question, what miracles has God done for you this week? I changed my thoughts to something along these lines. I’m sorry, God. This is entirely my fault. I made a bad decision but you can turn it round for good. Please do a miracle so I can get to the airport on time.

I reached the bus stop and stood waiting, the minutes ticking by. The airport bus runs every 15 minutes but like all public transport, can be unreliable. Ten minutes passed and in spite of my prayers, my anxiety levels were rising.
And then my miracle arrived. A taxi pulled into the bus stop and the driver lowered the passenger window. “Are you going to the airport?” he called. 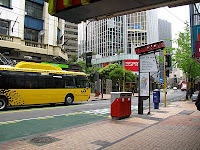 “Yes,” I replied, “But I’m waiting for the bus.” (The taxi fare to the airport is about three times the bus fare and I couldn’t afford that.)

I climbed in and because we took the direct route with no stopping and starting, I arrived at the airport an hour before my flight. I was so amazed at how God worked things out and I know it was an answer to prayer. I’ve been to Wellington about 20 times over the last year and always catch the airport bus. Never before has a taxi stopped and offered me a ride.

It’s something simple but I hope my story inspires you to look for your own miracle this week. God is willing and able and wants to be involved in our lives. We just need to ask.
And if you're wondering, my bus card was the first thing I saw when I unpacked my suitcase at home!
Posted by Debbie Roome at 8:07 PM