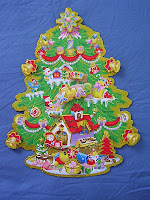 Change is a Part of Life

I discovered this afresh over Christmas and New Year! It all started on Christmas Eve with a child's glow-stick – the kind you bend and shake to activate the light. It was our late night service and I was playing the piano. The plan was to turn off the lights before singing Silent Night and everyone would wave their sticks in the air. Even I had one to light up my music. So the lights go off and I bend and shake my glow-stick … and it snaps in half. The congregation is waiting for the introduction and I'm staring at my hands, skirt and keyboard which are sprayed liberally with ultraviolet splotches. By the way, did you know that glow-in-the-dark liquid smells really nice and is as oily as a roast chicken? With no tissues on hand and unable to see my music, I played the first few bars – and miraculously made it through the whole song, albeit with my fingers sliding all over the keys!

So to Christmas morning - the pastor had asked if I would read one of my Christmas stories at the service. I printed it off while eating breakfast and folded it to take to church with me. I was listed as being directly after a DVD presentation of O Holy Night and as the song drew to a close, I picked up my papers. Fortunately, I decided to have a quick look at the story – and to my horror, realized I had printed the wrong one. Here's a word of warning to all writers. Never ever give two stories the same name, even if they are stored in different folders. I was mortified, speechless, embarrassed and didn't know what to do, so I leaned over and told the pastor who stood up and told the whole congregation. He then pulled a poem out of his Bible and asked if I would read that instead. No time to skim through it, just stand up and read. So I did and it was good. And the church laughed with me. 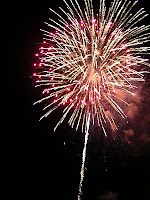 By the time New Year's Eve arrived, I was determined there would be no more mishaps or mistakes. At 9:30pm we would go the square in town to watch an Abba tribute concert and later on would count the New Year in followed by a bagpiper playing Auld Lang Syne and a brilliant firework display from the roof tops.

At 7pm I got an urgent message from my middle son. Please come and fetch me. My friends are drunk and abusing me and I want to come home. That was all very well but he was in Nelson – a 4 ½ hour drive from Christchurch. After a brief discussion, Kevin and I set off. When midnight struck, we had just collected Tim and were driving through the mountains on the way home. I had the radio on in the hopes of hearing some celebration – and unbelievably they read the news at midnight. No Happy New Year, no music, no countdown. I was disgusted and spent the next hour sulking.

Then God whispered in my ear. My son was safe, Kevin and I had enjoyed several hours of chatting and the scenery on the way to Nelson was beautiful. Sure my plans had been upset for the third time in a week … but it no longer mattered. I fell asleep at 2am with peace in my heart and a new understanding of being flexible and accepting change.