My mother in South Africa was not impressed when she heard I was going to Shanghai. “Are you sure you’ll be safe?” she wrote. Always the intrepid traveller, I emailed back and said, “Of course! I’ll be fine.”

I touched down in September 2014 and Shanghai was a surprise in many ways. A city of contrasts, of brass, glass, glitz and glamour, swirling and flashing neon, concrete towers, and thousands of bicycles, scooters and motorbikes whose riders totally ignored red lights and pedestrian crossings. Throw in a few temples, dingy slum areas that were literally one street removed from top-branded retailers, and a plethora of Starbucks and you’ll have a glimpse of Shanghai. 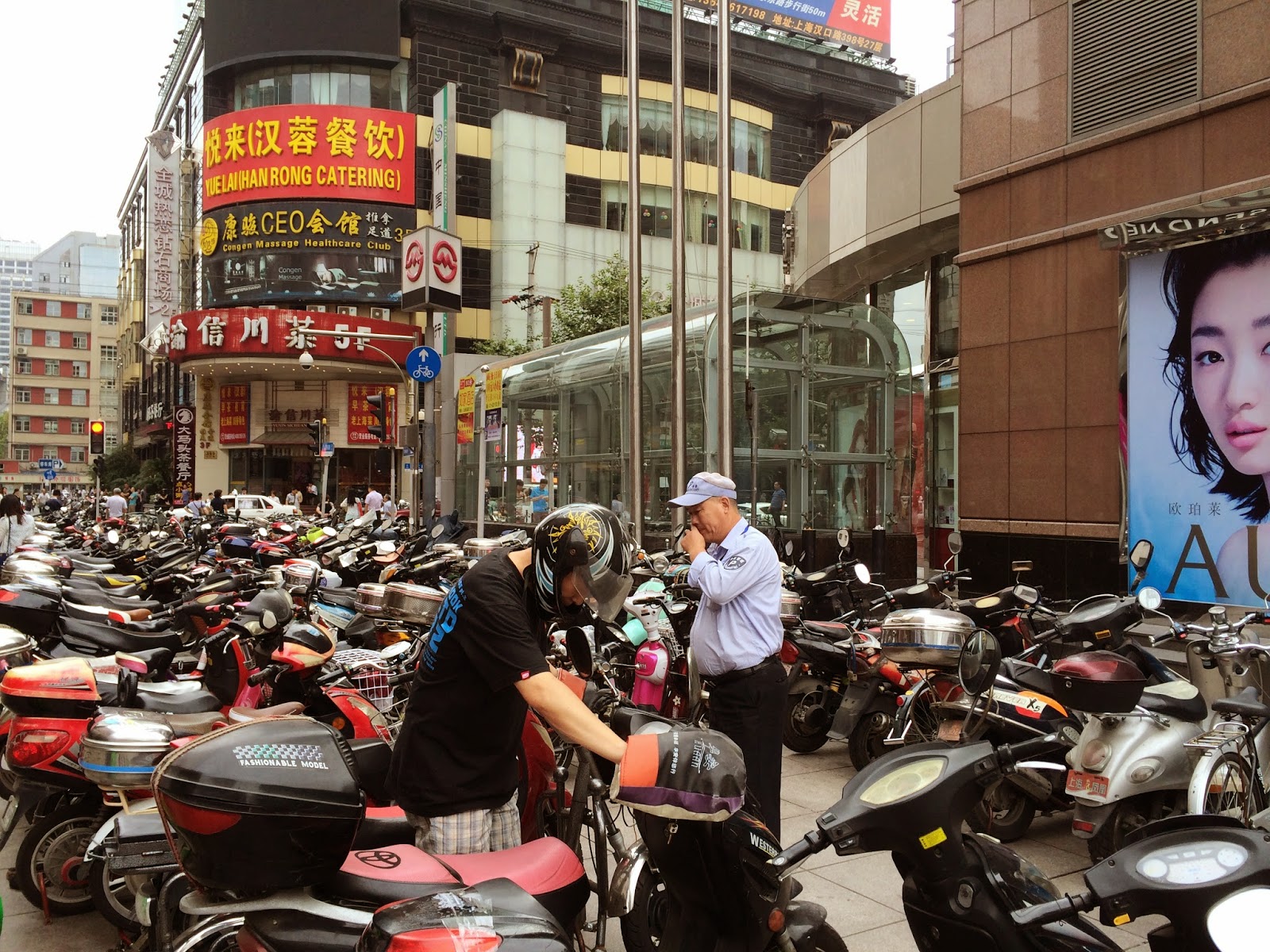 I had a fabulous few days and all too soon it was time to retrace my steps to New Zealand. I asked the concierge at the hotel to arrange a taxi to the bus station for me. This consisted of standing in the street and flagging down the first taxi that drove past. Unfortunately, neither the concierge nor the driver could speak English and my request to be dropped at the bus station was met with blank stares. Eventually the concierge took my paper with the English address on it into the hotel and came out with it written in Chinese characters. 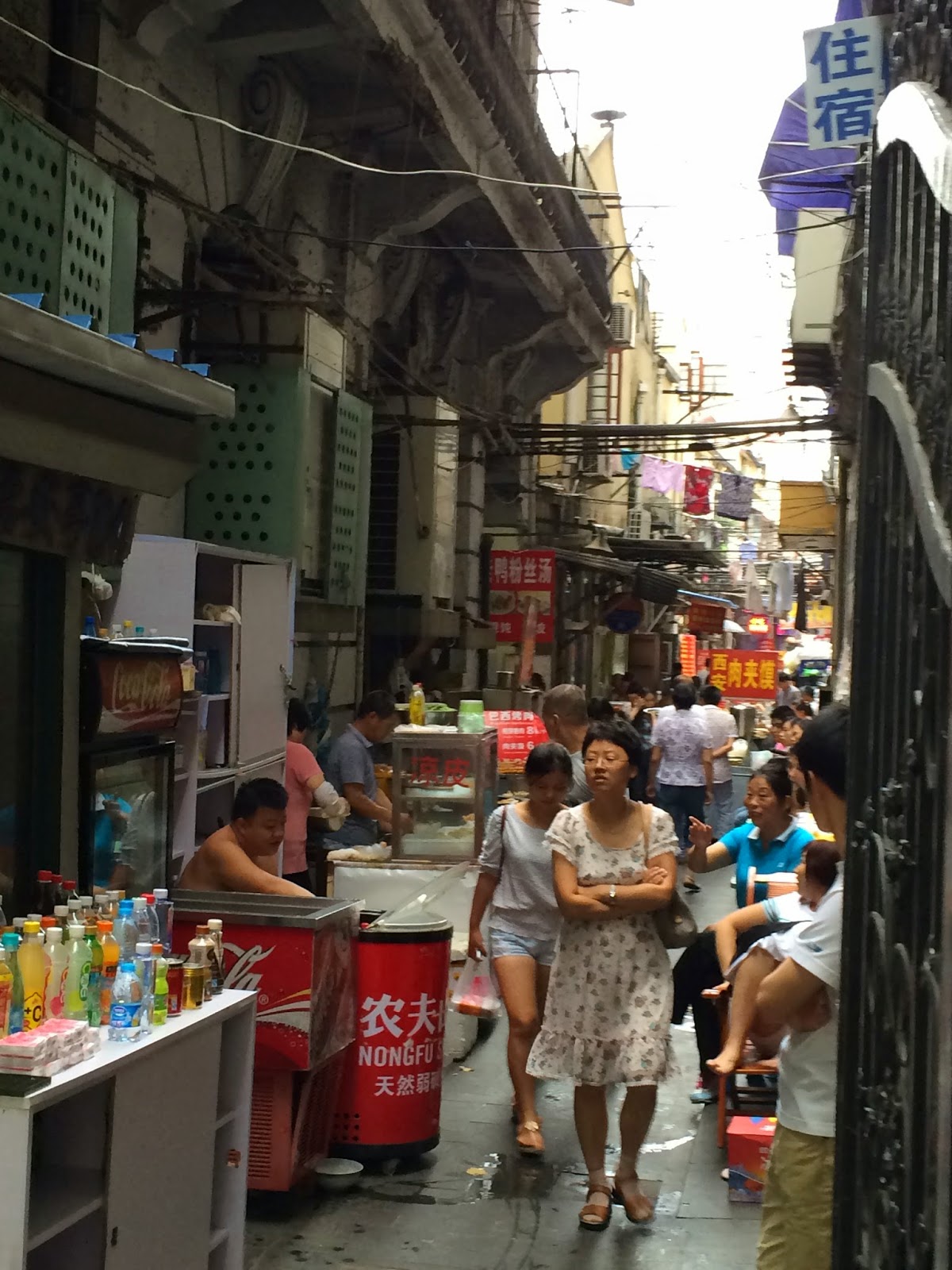 Thirty minutes later I realised the trip was taking far too long. I tried to communicate with the taxi driver but was met with blank stares – so eventually sat back to see where I would end up. It turned out to be Shanghai Stadium! All I could think was the receptionist had confused the word station with stadium.

“No! No!” I shook my head at the bemused driver as he tried to usher me out of the car. In a flash of inspiration I pulled out my phone and tried to look up Shanghai Bus Station in the map app. I couldn’t find it but it did show me Shanghai Train Station in English and Chinese. “Here, take me here.” I pointed to the destination on the screen and understanding dawned on his face. 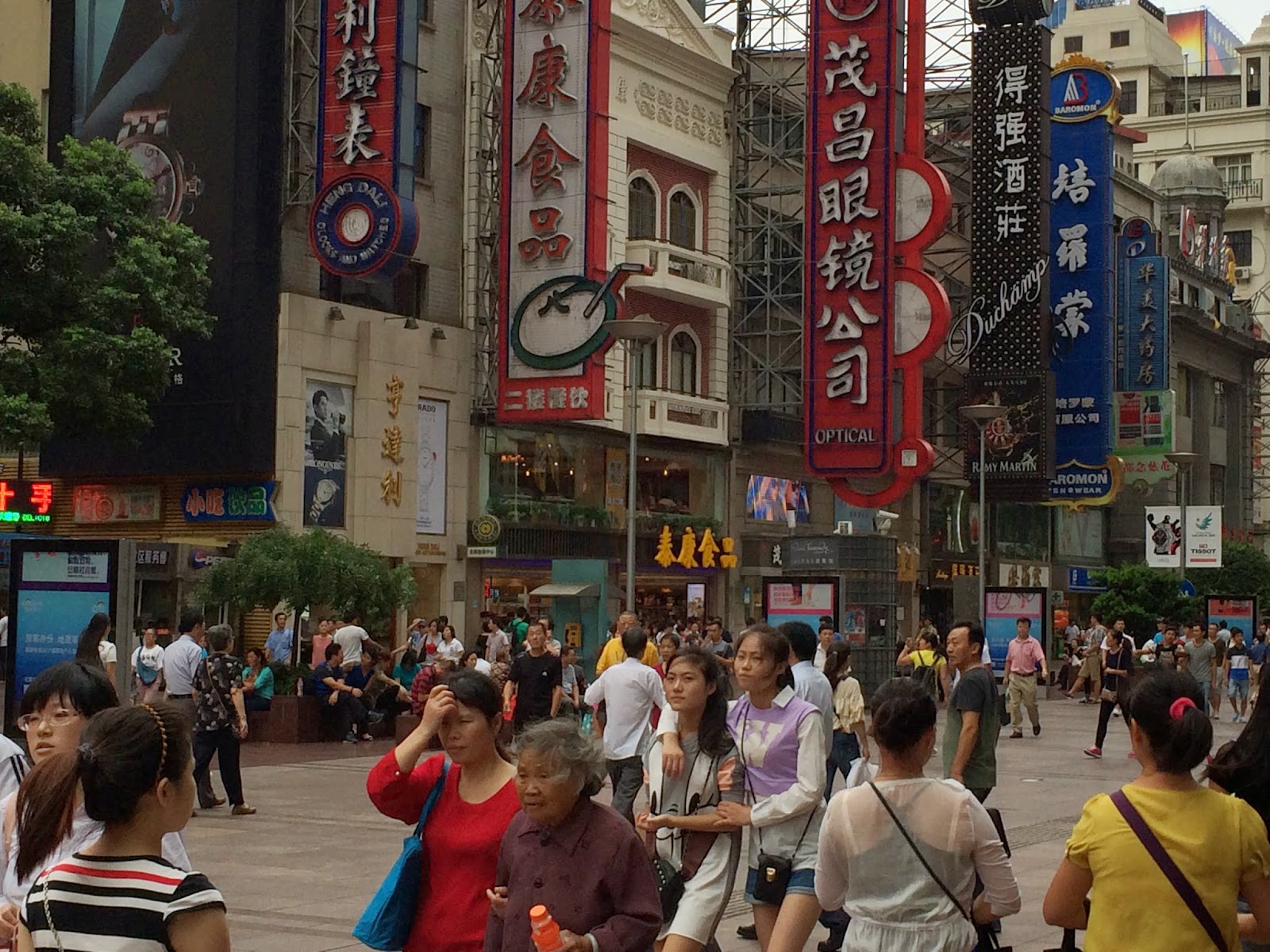 Twenty minutes and 88 Yuan later I was at the train station. I have ridden trains and the underground in many large cities and as I looked at the snaking queues, x-ray machines and Chinese signage, I knew I was in trouble. So there I stood, a relatively tall, pale-skinned foreigner, alone in a city of 23 million without an English speaker in sight. I had allowed plenty of time to get to the airport but the minutes were speeding by. I needed a miracle. I prayed for a miracle. Thirty seconds later he walked up. “Do you need a taxi?” he asked in English.

“Fine, let’s go.” I followed him to a car park and discovered the car was not a branded taxi – and – you’ve guessed it – the driver could not speak English. A few doubts crept in along with thoughts of abductions and human trafficking. I could disappear into the bowels of Shanghai and my family would never hear from me again. I glanced at my watch, thoughts racing frantically. I’m too old to be sold as a prostitute. I’ll have to trust he is my miracle. 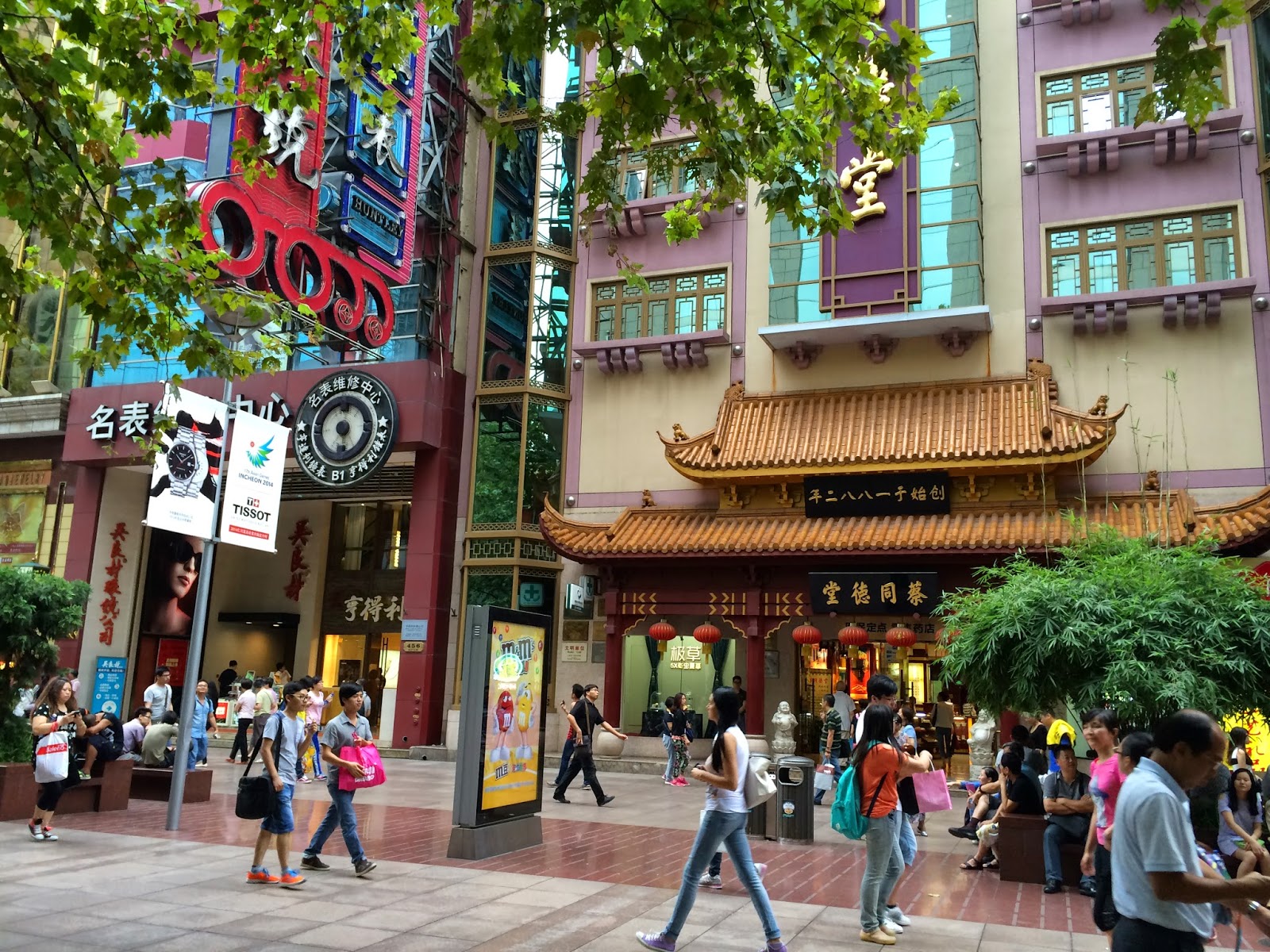 The next problem was I needed to draw cash as the driver did not have an eftpos machine in his car. Our go between translated this for him and then we were on our way, hurtling through traffic into a seedy part of the city. He slammed on brakes and drew up by a set of Perspex booths. It turned out that each housed an ATM and you entered and bolted the door behind you. Sixty seconds later, mission accomplished, he put foot and roared towards the airport, cursing all and sundry in an unknown dialect.

I had the map app open on my phone and was relieved to see he was heading in the right direction. Thirty minutes later I discovered he could speak one English word. “Money,” he demanded as Pudong International appeared on the horizon. 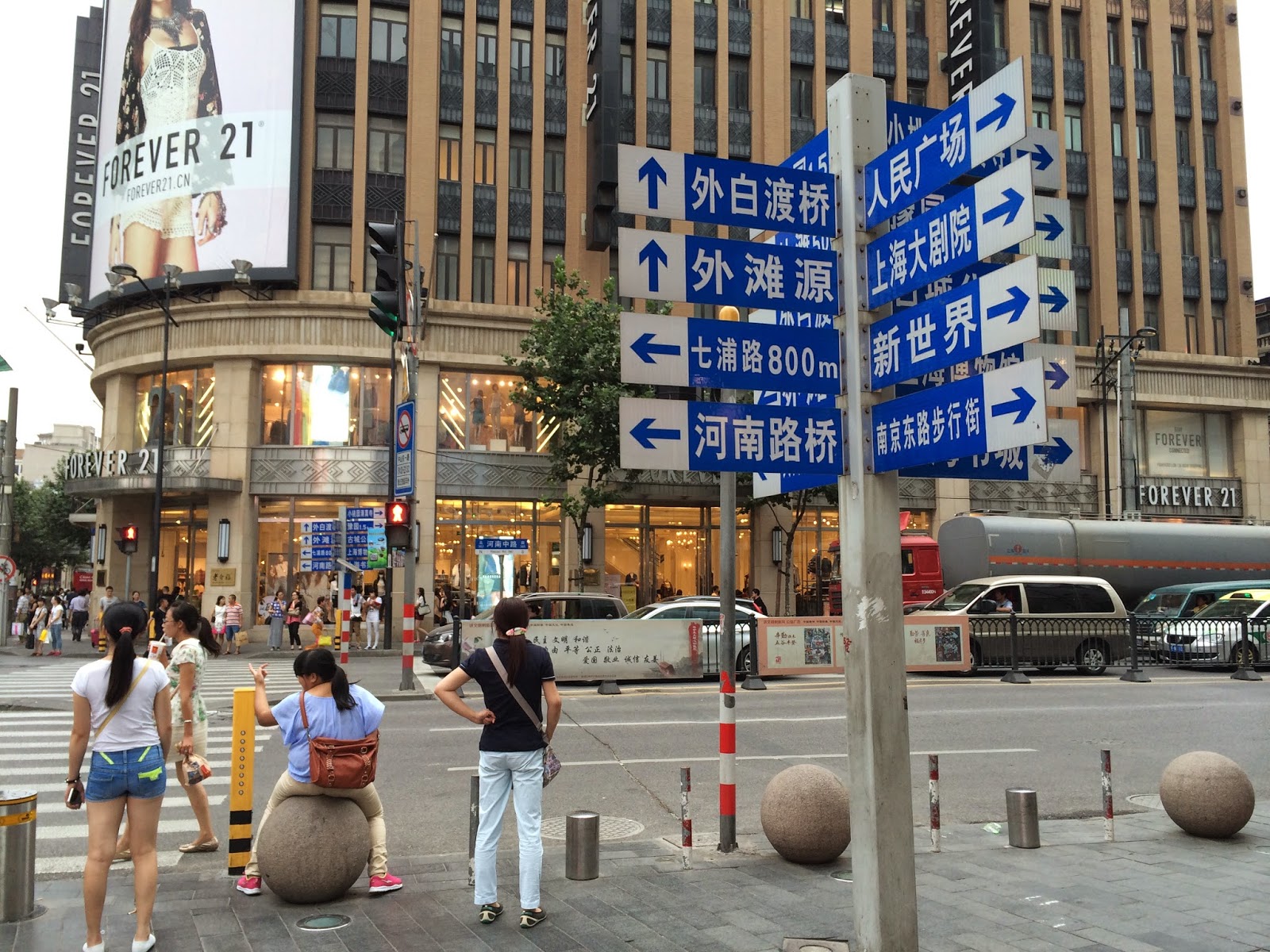 He slowed down shaking his head and his phone. “Money.” I was running out of time so eventually handed over another 110 Yuan figuring he could still knock me over the head and drive off with all my belongings! I made it to check-in with five minutes to spare, a racing heart and an empty purse!

So, Mom, I’m home, I’m safe, you were right, and I promise my next destination will be one where English is spoken fluently!
Posted by Debbie Roome at 12:37 AM