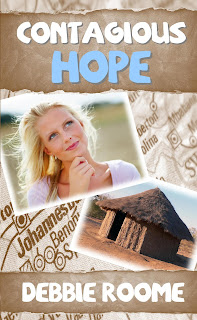 I’m honoured to be a part of the Grace Filled Christmas Blog Tour of 2012. I’m featuring two of my books – and although these are not Christmas themed, they both carry the message of Christmas - that is hope, forgiveness and love.

Contagious Hope is my latest novel released in September 2012. It’s a romantic adventure set in three locations in South Africa and here’s the blurb on it: Savannah James, a young New Zealand therapist, volunteers for a six-week mission trip to South Africa. During her journey, she is confronted with AIDS, prostitution, murder, and even a midnight escape to a safe house. Her new friends have struggles of their own, and one may lead them into even more danger.

Will Savannah, Blake, and Pumzile ever be safe again? Will they ever be able to make a difference in the lives of those around them or will their final destination put an end to it all? 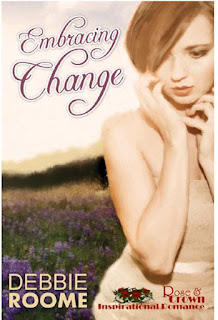 Embracing Change is an inspirational story of personal challenge. When Sarah Johnson’s fiancé is killed by a hijacker in South Africa, Sarah carries out his wish to continue with their plan and moves to New Zealand, taking his ashes to scatter there. In her grief she hasn’t counted on her gradual healing coming from two unexpected sources: Jesus Christ, and His new plan for her: Joel Baxter. But will Joel’s old flame, Mandy, succeed in destroying Sarah’s fragile progress in both her spiritual and earthly paths? And will she ever break free of the oppressive power still held over her by the hijacker who murdered her fiancé and attacked her, too? It takes a journey halfway back across the world for Sarah to face her demons, and finally forgive.

The Grace Filled Christmas Blog Tour runs through to December 22nd. Don’t forget to check out all the other authors on the tour. Below is a link telling you who all the authors on the tour are and what dates they will be on their own blog sharing about their novels.