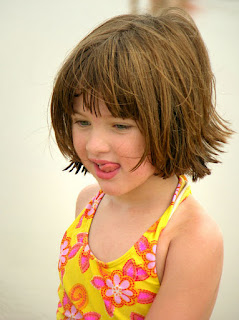 A Story of Hope for Christchurch

Katy had a bright pink torch that she loved with all her heart. It was a birthday present from her granny and still looked as new as the day she got it. That was surprising because she used it all the time. Sometimes she wiggled under her bed and pretended she was in a cave full of aliens. Other times she flashed signals to her friend Melissa who lived next door. When they had the big earthquake, Dad couldn’t find his torch and used hers to check the house and garden.

She scrambled upstairs, wondering what Daddy wanted to show her.

“Look out the window, Katy.”

It was dark outside and thick clouds hid the stars from view. Katy snuggled on the seat next to Dad and as she watched, bright beams of light bounced across the sky. “Wow! That’s so cool! Where’s the light coming from?”

“It’s from the centre of town where all the damaged buildings are. There’s no power in the city so the council have set up these lights to shine hope into the darkness.”


Katy was silent for a moment. “They must have giant torches to shine that brightly.”

“I’m sure they do.” Dad smiled as he tugged one of Katy’s pigtails. “Can you think of another light of hope, Katy?”

Katy put her head on one side. It was a few days before Christmas and she guessed what Dad was thinking about. “The star over the stable in Bethlehem,” she said.

“Why was the star a light of hope, Daddy?”

“It led the wise men to baby Jesus – and he came to die in our place and save us from our sins.”

The next day Katy went down to the church with Dad. “What are you doing here?” she asked.

“We’re packing food parcels for people who don’t have as much as us.”

Katy listened to the adults chatter as she played with her torch. She’d piled up some packing boxes to make a tunnel and pretended she was a spy on a secret mission. “Keep still,” she whispered to her pretend friend. “We need to hear what’s happening out there.” She flashed a few signals with her torch while peeping through a crack in the boxes.

“That’s the last one,” Dad said as he placed a gaily wrapped parcel on top of a frozen turkey, Christmas pudding and packets of food.

“This one doesn’t have a gift,” called a lady.

Katy knew who Mrs Wilson was. She was bent like a comma and walked with a silver stick. No one liked her grumpy ways and she often shooed children out of her path.

“I don’t know how that happened,” Dad was saying. “We double-checked our numbers.”

“We’ll have to put it aside and get a gift later.”

“But the turkey will defrost,” another lady chipped in.

The adults’ voices faded as Katy thought about Mrs Wilson. She had been to her house once and hated it. It was surrounded by ugly old trees and was cold and dark inside. She was sure Mrs Wilson didn’t know about the lights of hope, otherwise she wouldn’t be so bad-tempered. If she could see the city lights ... and if she understood the star that shone over Bethlehem, she would smile and be happy.

A thought crept into Katy’s heart and she didn’t like it. But the more she tried to push it away, the bigger it got.

“What is it Katy?” Dad asked distractedly as she tapped his arm.

“I heard you talking about a Christmas present for Mrs Wilson.” She tried to stop the quiver in her voice. “I want to give her my torch.”

Dad stopped what he was doing and looked at Katy. “But sweetheart, you love your torch.”

“I know but I think Mrs Wilson needs it more than I do. She can’t see the hope lights from her house and she never smiles.”

On Christmas Day Katy was walking out of church when she saw Mrs Wilson hobbling towards her. “Katy! Katy, dear!”

Katy stopped as the old lady caught up with her. To her surprise, tears were running down the old woman’s cheeks - but she was smiling through them.

“I want to thank you for the torch, Katy. Your father told me the whole story – and it’s the best gift anyone ever gave me.” She reached out a bony arm and pulled Katy into a hug. “God bless you child.”

Katy hugged her back, a big bubble of joy bursting up from inside. She missed her torch but God had used her gift to shine hope into an old lady’s heart. For her, that was more important than any game she could play. She lifted her face heavenwards and whispered two words. “Thank you.”