And the Earth Shook Again

It’s a week since the 5.85 and 6.0 aftershocks that rudely shook Christchurch on the 23rd December. Kevin and I were having lunch at a restaurant at a mall when the first one struck and the moment is clearly etched in my mind. The gradual shaking, the acceleration and rocking, the fear that it was going to be another massive one.


The young waitresses were distraught and clung together crying as diners looked at each other in shocked disbelief. Another big quake – and just before Christmas. How unfair! How awful! 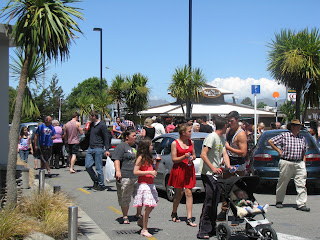 Trained by past experience, people started to evacuate the mall and crowds streamed past. Car sirens shrieked and faces reflected dismay. For me it was one of my lowest points since the first earthquake in September 2010. Things had been relatively calm for a few weeks and I couldn’t believe the earth was heaving again.

The restaurant staff kindly packed my meal into a container and Kevin and I left as the ground continued to shake with repeated aftershocks. Back home we turned on the TV and watched the breaking news. All the malls were closed, traffic was gridlocked in places, liquefaction and flooding had affected certain areas, cliff faces had collapsed further and the airport was closed. 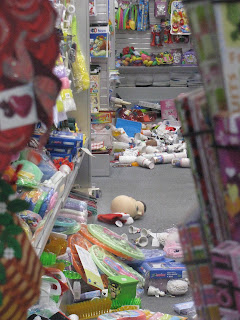 I turned to Kevin. “Jason and Erin are supposed to fly in tonight for Christmas. I hope they aren’t delayed too much.” Erin told me later she burst into tears when she heard their rescheduled flight was for 9pm on Christmas night. Fortunately, they later managed got on a flight at 6pm on Christmas Eve. 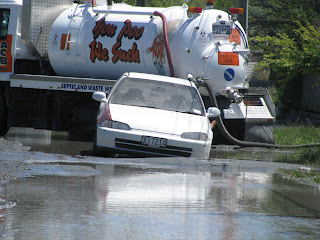 And then God spoke to me. I had a choice and it was up to me whether I had a good Christmas. I got up the next morning and went back to the mall to finish what I needed to do. The day was punctuated with shakes but I chose to focus on God. The circumstances were dismal ... but He was not. It made all the difference and Christmas Day turned out to be a lovely time of family and fun. 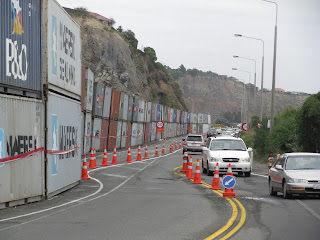 A week later, our world is still rattling and rolling. A 4.3 set the Christmas tree bouncing last night and another 4.3 woke me early this morning! From past experience I know these are set to continue for a while. As 2012 approaches, my prayer is that God will continue to help me focus on the positive and not on what is happening around me. It’s wonderful knowing the peace He gives in the midst of turmoil!


God is our refuge and strength,

an ever-present help in trouble.
Therefore we will not fear, though the earth give way

and the mountains fall into the heart of the sea,

though its waters roar and foam

and the mountains quake with their surging