I love Invercargill, a city of 50,000 at the southernmost tip of New Zealand. It’s commonly referred to as the butt hole of the country (only in more colourful language) and many people think it has nothing to offer. I visit several times a year and like it because it reminds me of my home town of Bulawayo, Zimbabwe. It has the same wide roads with central parking spaces and street lights that arch in two directions. The city’s big department store, H & J Smith reminds me of Haddon & Sly in

Bulawayo. Externally it’s about the same size, with similar architecture and the same big display windows. Inside, it’s like walking back in history. The building has the same pressed ceilings and sprinkler system that Haddon & Sly had. Escalators lead to upper floors and the stationery department has the same old-fashioned fittings and displays. Drifts of fragrance from the perfume and cosmetic counter transport me back 30 years.

So what’s all this reminiscing about? I’m in Invercargill as I write this and it’s been a funny visit, full of memories and sadness

but also sprinkled with life and hope. As I wandered through H&J Smith, childhood memories poured back. There were some great ones but I also thought of the sanctions and bush war I lived through in my younger years. Imported goods such as toys were few and far between and I remember newscasts that spoke of buildings destroyed by bombs, passenger aircraft brought down by missiles, military convoys escorting us on country roads, petrol rationing, and food shortages where basics like bread, rice, fish and washing powder were like gold. Then my thoughts jumped to the 15 years we spent in South Africa. There were bright points there too, but they were overshadowed by crime, violence, attempted hijackings and threatened assaults.

Invercargill reminds me of the best of my past, a place where I’m at peace and locals greet me like old friends. There’s something different about this visit, though. I almost feel jealous of Invercargill residents as I look around their city centre. Many buildings are of the same era as Christchurch’s - but they stand erect and proud whereas my city’s buildings lie in ruins. In 2005, we handpicked Christchurch as home and arrived in early 2006. I fell in love with it straight away; the beautiful gardens, gentle rivers and historic city centre. The magnificent cathedral, trams that rattled on tracks, the quaint stores, and buskers that entertained. I embraced it as home and loved it wholeheartedly. Along with thousands of others, we thought it was a safe haven amongst the tornados, floods and smaller earthquakes that regularly assail New Zealand. 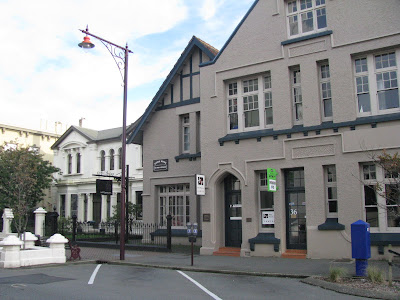 Two major earthquakes in six months proved us all wrong. As people start to rebuild their lives, one of the most difficult things to cope with is the ongoing aftershocks. Until they stop, it’s not really over. I fly frequently and after turbulent flights I used to joke that I would kiss the ground when the plane landed. I no longer feel like that. The ground is not to be trusted. It wakes me up at night as my bed trembles and shakes. It sends my heart racing as sharp jolts catch me unaware. Everywhere I go I look at the construction of buildings, homes and car parks ... if we get another big quake, which way should I run?

And yet through all of this, I see God’s golden threads of love. I see how He has been with me each step of the way and has taught me so much through what I’ve experienced. I’ve been raising money for the Red Cross Earthquake Fund with my photography and as part of this, had some earthquake photo canvases printed. I’ve hung a few of them at the bottom of my stairs along with Psalm 46:1-3. God is our refuge and strength, an ever-present help in trouble. Therefore we will not fear, though the earth give way and the mountains fall into the heart of the sea, though its waters roar and foam and the mountains quake with their surging. 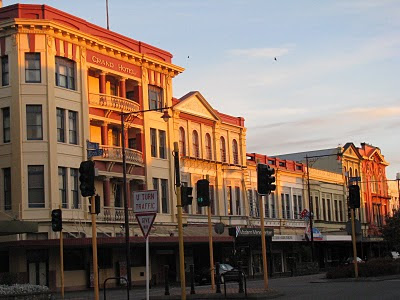 Life is hard.
Life is painful.
Life is unexpected.
Life is also a magnificent gift from God that we can choose to enjoy and make the most of. God gave us all a choice in Deuteronomy 30:19. This day I call the heavens and the earth as witnesses against you that I have set before you life and death, blessings and curses. Now choose life, so that you and your children may live.

I have chosen to embrace my past and my present ... and to trust that God knows best for my future. I have made my choice and today I choose life.
Double photos - Bulawayo on the left and Invercargill on the right
Single photos all Invercargill
Posted by Debbie Roome at 1:39 AM