Christchurch Earthquake 2011 - One Week On

A City in Mourning
At 12:51pm on the 1st March, the whole of New Zealand fell silent for two minutes. People gathered in stores, on street corners, outside banks, by parked cars as they reflected on the events of the last week. With the confirmed death toll standing at 154 and much of Christchurch in ruins it was a sombre moment. 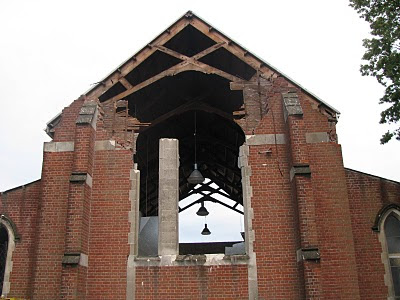 Over the last few days, my heart has broken for the city I have come to love as home. Images on TV and in the streets have been carved indelibly into my soul. I think of homes that are now heaps of rubble; of malls that have lost their facades, leaving them open like a doll house; of petrol stations whose storage tanks were forced upward, lifting the entire forecourt with them; of streets ravaged by liquefaction and silt; of a landscape split and scarred. 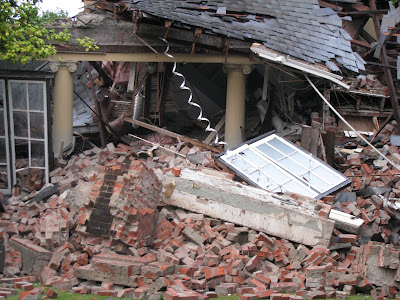 I think also of people whose emotions resemble the ravaged cityscape. Security has been stripped away and ongoing fear is a reality as aftershocks continue to rattle the city. I feel some of these strongly in our double-storey home. Some are sharp quick jolts while others are gentle as though the house is balanced on a bowl of jelly. They are all frightening, especially when they wake me up during the night.

In spite of this, there is a resilience among the people. Mayor Bob Parker has vowed to rebuild Christchurch Cathedral, the icon of the city, and although almost one third of the CBD faces demolition, the new buildings will be safer, lower and stronger. 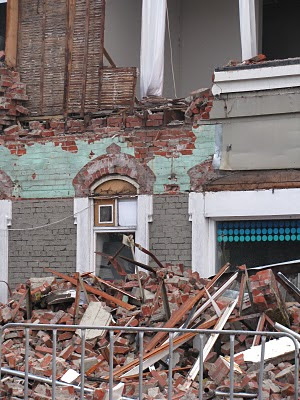 In the midst of all the turmoil, I have continued doing what I do best. As a freelance writer and photographer, I have written several articles and blogs about the earthquake and these have reached thousands of readers across the world. With my South African roots, I was thrilled to be called in to help Peter Groenewald of Carte Blanche put together a 10 minute segment on the earthquake. Peter was flown out here to capture interviews and footage and I, along with a Kiwi journalist worked on the script that connected the stories together. The team came to my home and we worked until 1am Saturday morning, researching, rewriting and looking at footage.

With 45% of the city still without water, the CBD closed indefinitely, roads almost impassable in places, businesses flattened to the ground and ongoing aftershocks rattling the region, recovery is going to be a long slow process. In spite of that, people are optimistic and community spirit is fantastic as people reach out and help those who have been badly affected by the earthquake. We cannot change what has happened but with God’s help we will work through it, hour by hour, day by day, month by month ... and we will emerge at the end, stronger, more compassionate and full of hope. 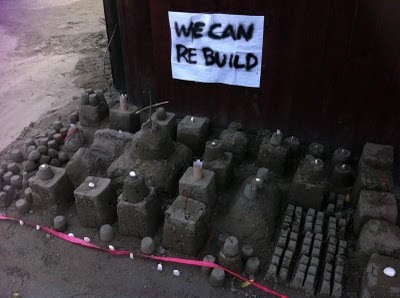