Popcorn in the Sky

Attempt One
We were about to land at Queenstown Airport when the pilot pulled the nose up sharply and powered the Airbus A320 out of the valley. I hung onto my seat as we bumped and lurched, thinking the ascent was even rougher than the descent. Even worse was the ominous silence from the cockpit. Fifteen minutes later as we broke free of the clouds, the pilot told us what had happened. “I was given an urgent warning of wind shear on the runway and had to abort the landing. The control tower has cleared us to try again.” 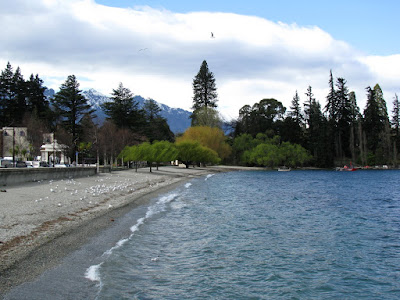 Attempt Two
Praying, I hung on to my seat again as we began another turbulent descent. Every so often the clouds parted allowing a glimpse of the snow capped mountains. I felt the wheels go down, the clouds thinned to mist, we crossed the river just before the runway and just as I thought we were safe, the pilot hauled the nose up and we shot skywards again, the aircraft shuddering and banging. After another fifteen minutes of silence as he manoeuvred us out of the mountains, he apologised and said we were on our way back to Christchurch as it was too dangerous to land in the current weather conditions.

Attempt Three
I had work to do in Queenstown and rejecting the buses laid on by Jetstar (a seven hour journey) I arranged a cheap standby fare with Air New Zealand. Fifteen minutes later I had a boarding pass for a flight on an ATR72. Unfortunately this plane turned out to have engineering issues and we sat on the tarmac for fifteen minutes while they attended to them. At last we took off with a warning that the weather conditions in Queenstown were still unstable and we may have to divert.

This flight made the first one pale into insignificance. I felt like I was a kernel of popcorn, ricocheting around the pot of the sky. And that was before we began our descent into Queenstown. I think all the passengers were relieved when the pilot announced he was diverting. Invercargill was too windy for the size of the aircraft so we headed to Dunedin. With much bouncing and dropping, we finally landed.

Attempt Four
Air New Zealand organised buses to take us through to Queenstown and they arrived at the airport within ten minutes of us landing. We finally reached our destination at 6pm. My original arrival time had been estimated at 9:15am. Instead of forty minutes in the air, I spent a total of four hours up there and four hours on the bus. 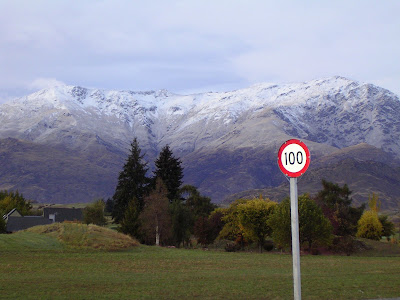 I’ve learnt to be flexible with all the travelling I do but this experience was more stretching than some. As I relaxed on the bus, glad to be back on the ground, I asked God what I could learn from the day’s events. He showed me that in many ways my experience reflected life in general – and there were some important lessons wrapped up in that.

Lesson One
Even if you have a dream and goal in life, and a plan of how to get there, it might take you a lot longer than you anticipate.

Lesson Two
The journey to accomplishing your dreams may be uncomfortable and fraught with difficulty. It’s worth persevering as you will get there eventually.

Lesson Three
Your goal in life may end up costing you more than you thought it would.

Lesson Four
Turbulent times give you opportunities to make new friends along the way.

Lesson Five
Even if you have the right equipment, skilled workers alongside you, and a group of people heading in the same direction, it may not be enough to get you there initially. 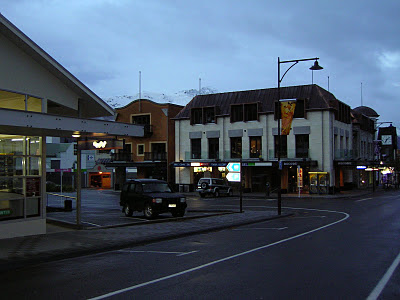