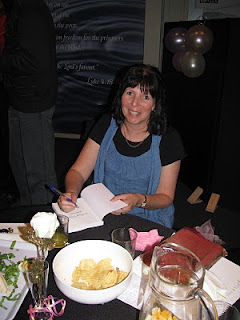 As I look back over 2010, two words spring to mind - agony and ecstasy. It has been a year of extremes with a range and depth of emotions that I never imagined I’d feel. The highs have been fantastic and the launch of my first novel in October was a dream I’d had since childhood. To actually hold my own book in my hands and hear reports that people were enjoying it was an amazing feeling.

Other highlights included speaking at the Faithwriter’s Conference in Sydney and having a family day in Auckland with all our children and Noel. I also had wonderful travel opportunities with the part-time work I do and got to see parts of New Zealand I haven’t visited before. What a privilege to get paid for doing what I love.

On the 1st December, I received the news that I was first runner up in the Faithwriters Nonfiction Page Turner Competition of 2010. While I have won many awards for my fiction, this was the first significant placing I’ve had with my nonfiction work. My entry was entitled Christchurch Earthquake 2010 and that brings me to the agony of this year.

On the 4th September, my life along with hundreds of thousands of other people's was changed forever. The shock of waking up in a house, heaving on its foundations, shaking and banging while things toppled was immense. For weeks afterwards I couldn’t concentrate and it was an effort to do routine work. Even now I’m more jumpy and forgetful than I used to be.

The damage, estimated to be close on NZ$5 billion, is visible in every part of Christchurch and surrounds. Many have had to abandon their homes and businesses and the city centre is struggling to 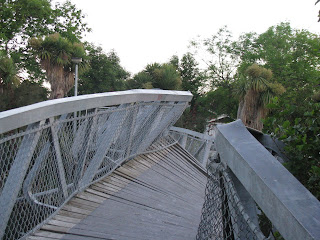 survive. The pain of all this was compounded by the Pike River Mine tragedy where 29 men lost their lives.

With the launch of my book mixed up in the middle of aftershocks and uncertainty, I felt like an emotional yoyo. I realised how closely tears are related to laughter as exhilaration and vulnerability, joy and fear, excitement and despair ricocheted from one extreme to another. The one constant was the assurance that God was with me. He never said we wouldn’t suffer or live through difficult times but He did promise that these times can bring personal growth.

In all this you greatly rejoice, though now for a little while you may have had to suffer grief in all kinds of trials. These have come so that the proven genuineness of your faith—of greater worth than gold, which perishes even though refined by fire—may result in praise, glory and honour when Jesus Christ is revealed.
1 Peter 1:6-7 (NIV)

I wouldn’t wish an earthquake on anyone but I’m grateful for what I’ve experienced over the last few months. Whilst it’s been difficult and uncomfortable, I’ve gained a new appreciation of the suffering caused by a major natural disaster. Friends are suddenly more valuable. Community is more important and I have far greater compassion for the people in Haiti. I’ve also realised that God is in the small things as well as the big things of life. A simple word of encouragement, an email or a phone call can make a huge difference to someone who is struggling.

I played the following clip at my book launch as a prayer for Christchurch. I’d love you to watch as it’s also my prayer for friends and family as we head towards 2011. Life is uncertain and we don’t know what each day will bring. The important thing is that God is beside us every step of our journey.
Until next time ...